Purple Riot was appointed by iconic bar and club brand, Mahiki, to raise awareness of their recently opened Manchester venue over the festive period with a Christmas social media campaign driving awareness of the venue, drinks and delicious food. 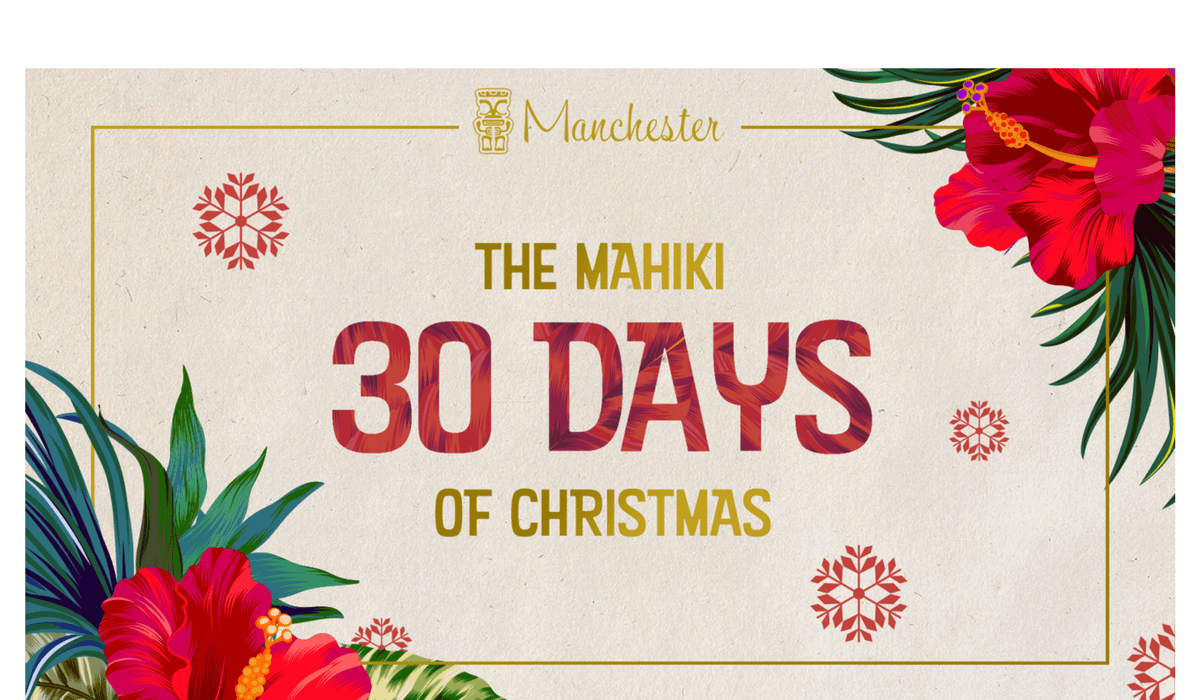 Our brief was to drive engagement and awareness of the bars offer and location with a quick win social media campaign targeted at the venues core audience of 18-30-year-olds based in the North West. Purple Riot created ‘Mahiki 30 Days of Christmas’, a digital advent calendar comprising of daily promotions to redeem at the bar throughout December. Working with the venues design agency, Creative Spark, we collaboratively created assets that were made up of images, gifs and video, each promoting key messages around food, drink, location and club nights. 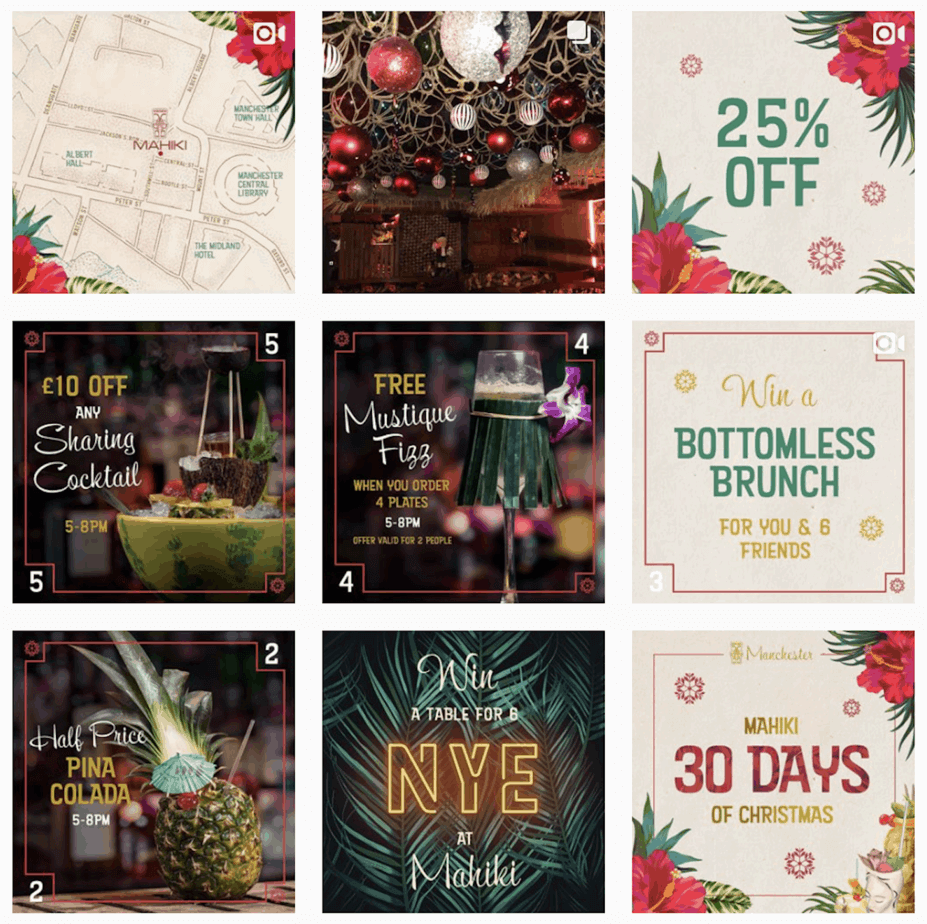 Because the project had a quick turnaround, we executed a simple mechanic and asked audiences on Facebook, Twitter and Instagram to engage with the content with comments, tag a friend and ‘check-in’ to redeem. We also ran competitions to win New Year’s Eve and food prizes. We allocated a small daily budget to boost each post on Facebook to the Mahiki Manchester page followers and their friends. The campaign yielded some impressive results and while paid media did contribute, the majority of engagement and reach was organic.

The campaign saw huge organic results on Twitter, with average reach of the stronger daily promotions well over 350k. We amplified the reach of the campaign by asking our regional influencer and media contacts to retweet and engage with the content.

The campaign was hugely successful in driving brand awareness and social media engagement and staff reported that the daily promotions received positive feedback from customers and there was an increase in footfall and sales.

Talk to our team

Ready to #CreateARiot? We’d love to hear more about your brief. Get in touch with our team by submitting your enquiry or giving us a call on 0161 706 0534.

Some of our happy
clients

Since we began, we’ve built collaborative relationships with our clients, helping them achieve their marketing and PR goals. Join us and #CreateARiot.

This website uses cookies to improve your experience while you navigate through the website. Out of these cookies, the cookies that are categorized as necessary are stored on your browser as they are essential for the working of basic functionalities of the website. We also use third-party cookies that help us analyze and understand how you use this website. These cookies will be stored in your browser only with your consent. You also have the option to opt-out of these cookies. But opting out of some of these cookies may have an effect on your browsing experience.
Necessary Always Enabled
Necessary cookies are absolutely essential for the website to function properly. This category only includes cookies that ensures basic functionalities and security features of the website. These cookies do not store any personal information.
Non-necessary
Any cookies that may not be particularly necessary for the website to function and is used specifically to collect user personal data via analytics, ads, other embedded contents are termed as non-necessary cookies. It is mandatory to procure user consent prior to running these cookies on your website.
SAVE & ACCEPT